IMPORTANT NOTE: DON'T CHEAT. DON'T PLAGIARIZE. Notes and Papers are shared here for reference and for studying. Footnote as appropriate.

DISCLAIMER:  These are my notes that I created from reading the novel and from classroom discussion.  Generally speaking, the chapter by chapter summaries are my own, however, the other parts of the posts are what I hope are an amelioration of the classroom discussion.

As my career continues to evolve (some might choose another verb) so must the content of this blog. As I pursue my Master's Degree in National Security Affairs, my interests and focus have shifted. When a course is applicable to the FAO community or to African Affairs I will include my notes and thoughts here. Doing so is as much for me as for my readers--it helps me to better organize my thoughts and to more easily search across a range of courses that I will take over the next year and a half. 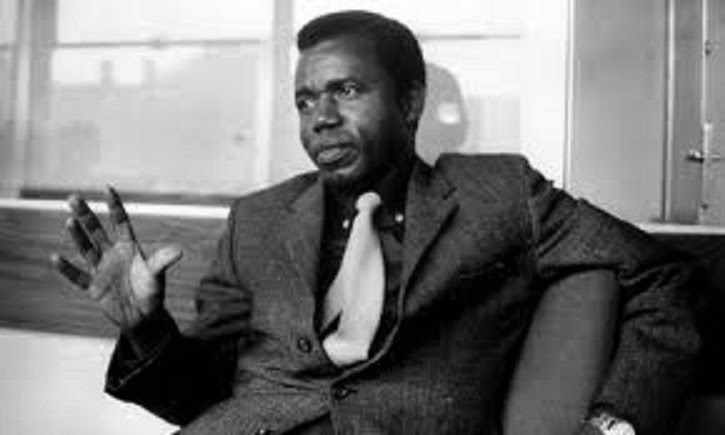 I was first struck by how funny this novel was. I guffawed several times while reading it. It takes a remarkable writer to do this with humor, especially across cultures.

I thought this work illustrated well the role of religion in society. For the Igbo there was no separation of religion from society—they were one and the same. It’s perhaps fitting that while the administration doesn’t quite get this (Clarke doesn’t even understand that a Chief Priest is not the same as a medicine man) , the missionaries do, ultimately manipulating the villages to connect Christianity to their harvest.

Achebe does a superb job humanizing Ezeulu in the story, so that the reader forgets that he is truly half-spirit. This makes Ulu’s command to stay the course of revenge near the conclusion all the more shocking. There is no option for Ezeulu to do anything else. At the other end of the spectrum, the reader witnesses the death of the Umuaro society in their necessary drive to survive by finding a way to harvest.  Similarly, it would have meant the death of Ezeulu (at least culturally) had he accepted the Chief position since his society isn’t structured to be ruled (with the exception of the quasi-king that first had to pay everyone debts). Instead Ezeulu chooses the path of self-destruction.

From the British colonial perspective, Achebe shows the tension of indirect rule and their priorities.  Clarke and Captain Winterbottom discuss all the money spent on native courts (that they natives won’t use) and the void of funding for infrastructure like roads. This is important because one could argue that it is these roads that enable the homogenization of the Igbo people and subjugate a shared identity onto them.

CHAPTER 1
Ezeulu (Chief Priest of Ulu) introduction as he looks to the sky for the new moon (which he must announce). Ezeulu’s announcements control the harvest seasons, most importantly the New Yam Feast. Edogo carves ancestral masks. Ezeulu is bitter about division among the six villages because he spoke the truth to the white man and testified against his people about land dispute with Okperi. Obika beats up and humiliates Akueke husband who had been beating her. Oduche is training with the whites per Ezeulu’s instructions.

CHAPTER 2
6 Villages come together and call for war against the Okperi (led by Nwaka). Akukalia is killed when Umuaro messengers lose their temper. War ensues with retaliatory killings. Then the whiteman intervenes and judges the land to belong to Okperi. He also breaks all their guns.

CHAPTER 3
Captain Winterbottom is introduced and Tony Clark as his assistant. He recounts their version of the Umuaro-Okperi wars which are different from reality. Captain Winterbottom believe in the value of native institutions but is forced to enforce indirect rule. Ibos never developed a system of central authority.

CHAPTER 4
Enmity of Nwaka and Ezeulu is revealed. Oduche was given to learn the ways of the whiteman’s church. Oduche put a python in a box, which Ezeulu finds and frees; scandal ensues. Ezidemelli (Nwaka’s friend and python priest) asks what he will do to purify his home.

CHAPTER 5
Winterbottom doesn’t believe indirect rule is effective but most obey his superiors. “Great tragedy of British colonial administration was that the man on the spot (who knew his African) and knew what he was talking about found himself being constantly overruled by starry-eyed fellows at headquarters. Ibos detest kings, but Ikedi makes himself one as a puppet of the administration—he’s very corrupt.

CHAPTER 6
Akueke’s inlaws come for her and promise not to let husband beat her—Ezeulu agrees to this.

CHAPTER 7
Purification day for the six villages. Ugoye has the most ivory of Ezeulu’s wives. Nwaka’s wives has most ivory. Ezeulu does the purification dance. Women gossip.

CHAPTER 8
Mr. Wright needs unpaid labor to finish his road and gets it from the Umuaro. Obika is late (because he was drunk) to the road work party and gets whipped. In the ensuing controversy Moses acts as an intermediary. Ezeulu tries to get to the bottom of what happens and his sons show no remorse. The death that will kill a man begins as an appetite.

CHAPTER 9
Akuebe visits Ezeulu to talk about Obika and the lack of respect of the youth in general.
Pride of Umuaro that they never see one party as right and the other as wrong.

CHAPTER 10
Background on Capt W (including his soldiering in Cameroon) and how his wife ran off with someone else. Capt W expresses disgruntlement at the bureaucracy and their flawed administrative appointments. Capt W and Clarke dine. Clarke and Wright are friends and no one ever investigates whipping. Capt W intends to make Ezeulu paramount chief. Idea of institutions vs. Infrastructures is addressed with administration spending all the money on native courts but not enough on roads. Most Africans aren’t using the courts either (or at least willingly).

CHAPTER 11
Ezeulu visits Akuebe where a man is sick. Ezeulu asks him what the man did to deserve the sickness. Obika and Okuata wed. The medicine man keeps the chicken from the ceremony (which he isn’t supposed to do). Ezeulu hopes Obika is a changed man.

CHAPTER 12
Edogo talks to Akuebe and feigns disinterest in being chosen to succeed his father. Oduche gets in fight with Obija about the python. Ezeulu says that Oduche is a sacrifice from the people to Akuebe. Capt W sends messengers to tell Ezeulu to come see him. Ezeulu says no, I will send my son Edogo. No one however great can win judgment against a clan.

CHAPTER 13
Ezeulu calls all the village leaders to talk about being summoned. Nwaka jabs at him over his ‘friendship’ with the whiteman. Ezeulu is unaffected (at least outwardly) by it. Capt W sends for Ezeulu to be arrested and falls ill. Guards come to arrest Ezeulu but they miss him because he already left to come in. The eat, take a bribe and leave. Ezeulu arrives at headquarters and everyone things he cast a spell to make Capt W sick. He likes this.

CHAPTER 14
Obika returns home and Ezeulu has a vision in prison. He starts to plot his revenge. Ezeulu’s family comes to visit him. He’s offered the position of Chief and refuses it. The advantages of getting in with the whiteman early are discussed. Clarkes calls him a ‘witch doctor” highlighting the levels of misunderstanding culturally.

CHAPTER 15
Ezeulu is in prison 32 days and his reputation soars as he still refuses the offer. He’s then released. Capt W and Clarke get a message from the administration stating that they reserved the adverse report on indirect rule but any change in policy will have to come from the governor. They are directed to maintain the status quo but not appoint any new chiefs.

CHAPTER 16
Ezeulu returns home, enjoying the suffering and plotting his revenge. He reconsiders his revenge due to all the nice people coming to visit him. Ezeulu is told by Ulu that he can’t reconsider, he’s an arrow of god against Idemelli and the python god. Ezeulu remarks that he is half man and half spirit. He wonders if his boy is also an arrow.

CHAPTER 17
Life returns to normal in the village. A new ancestral mask is introduced. Obika slaughters the ram in the ceremony and Edogo carvest he mask.


CHAPTER 18
Feast of New Yam approaches and Ezeulu plots his revenge. He’s questioned by lots of people for delaying the announcement. He rebukes them. The elders come and ask him to ask Ulu how they can appease him so that they can have their yam harvest. Ulu says no. Ezeulu is despised by his people Goodcountry says if they give church a yam they can harvest their fields and he will protect them from Ulu. The best way to deal with whiteman is to know him (so they send their kids to his school).

CHAPTER 19
People are starving. Ezeulu is shunned and lonely. Obika has a fever but goes to dance in a burial ceremony and dies. Ezeulu is ruined. People go to Goodcountry so they can harvest.

-Humor that the English think they understand the people, but they still don’t despite prolonged presence…parallels to our presence in Iraq and Afghanistan

- Advantages of living near the infrastructure

- with regards to religion, subtleties in the region…a priest chief is not necessarily a medicine man. Religion is the same as the society…there’s no delineation as in Western culture.

Written by Unknown around 2:40 PM