Kruse's Keys: Read "Memoirs of a Porcupine" to Learn About a Congolese Serial Killer...Porcupine (Republic of Congo)

So this is a difficult novel from renowned author Alain Mabanckou.  Hailing from the Republic of Congo (the good one--hint: if a country has the name "democratic" or "democracy " in it, it's probably not), ubiquitous writer Mabanckou has penned a pointed tale aimed at taking down the role of backwoods superstition amidst modernity--at least that's what really smart people say he was doing.  I will admit I didn't really understand the point of this novel and had to do some research to come to this deeper aforementioned conclusion.  As I finished the last pages of this story, I was pretty disappointed I hadn't picked a different Congolese novel for my Reading the Continent project.  But in my research afterwards, I discovered the book was the 2006 Renaudot prize winner (given to the best original French language novel) and so in the aftermath, I've decided to give it a second chance--at least on an intellectual level. 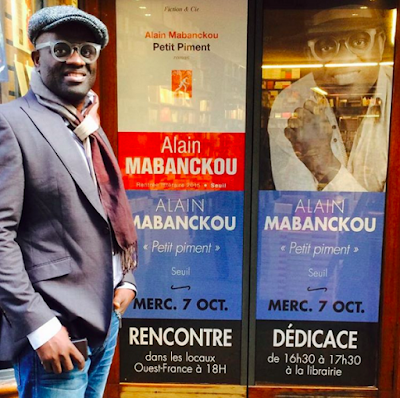 Three Writers from the Republic of Congo
https://en.wikipedia.org/wiki/Prix_Renaudot