Kruse's Keys: Read "Beneath the Lion's Gaze" to Experience the Horrors of the Derg in Ethiopia

One of the only African nations to never have been colonized (the five year occupation by Italy is generally not categorized as colonization), one of its darkest periods came during the 13-year socialist-Lenninist-Marxist rule of the Derg. This military junta overthrew an increasingly oblivious Haile Selassie (ending a succession of “solomonic rule” dating back to the 1200s) and set about consolidating power (aka the “Red Terror”) under the leadership of despot Mengistu Mariam. Beneath the Lion’s Gaze is a retelling of this time period through the eyes of one Ethiopian family.

The family’s patriarch is a renowned doctor named Hailu who is ordered to keep the victim of a barely-alive Derg torture victim alive--ostensibly so that she can be tortured further. As he struggles with this dilemma, his son Dawit becomes a freedom fighter who becomes known as “Mekonnen Killer of Soldiers.” Author Maaza Mengiste uses the arc of this one family’s struggles to bring to life the experience of Ethiopians who starved under Selassie, only to be persecuted and killed under the Derg and starved again under its leader Mengistu’s reign.

While Mengistu was eventually toppled, like all civil war tales, no one is left unscathed in Beneath the Lion’s Gaze. All resistance, no matter how passive--or how righteous, bears a cost. Hailu in particular at the story’s conclusion, is broken so thoroughly by torture that he carries the “appearance of a man dragging death with him through life.” And it is this notion of the inseparable presence of death within everyday life that Mengiste best captures the reality for generations of Ethiopians.

"--my review is here.
"Prevail" is a comprehensive history of Ethiopia's fight against Italy, my review of it is here. 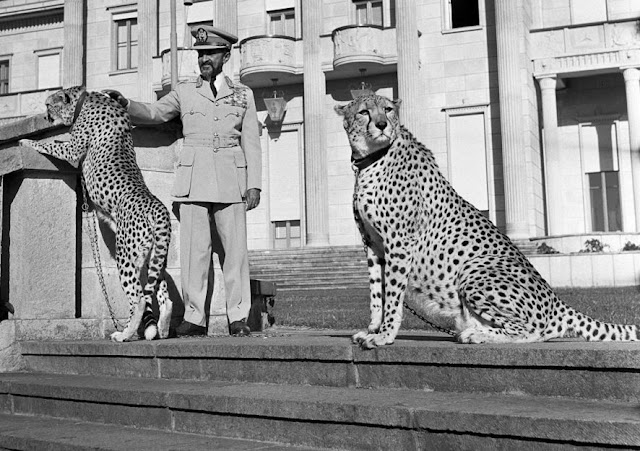 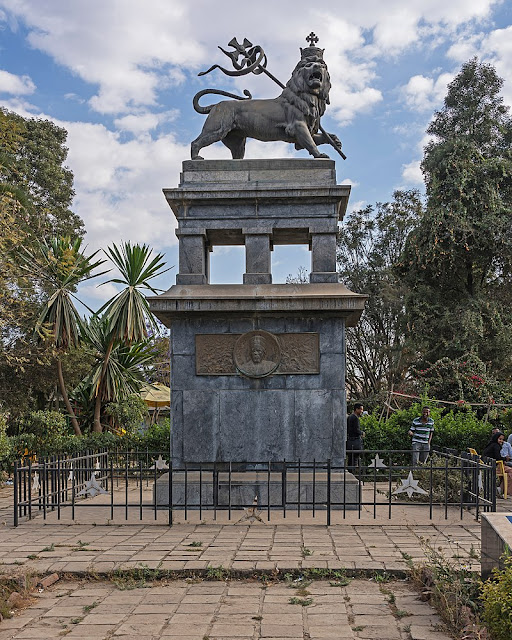 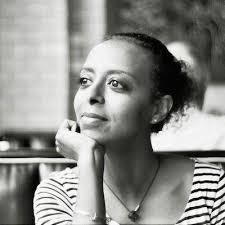 NPR: In Ethiopia, A Monarch Falls In 'The Lion's Gaze'

09:24 Tradition where women have a cross carved into skin

12:16 Famine used by Derg as a justification for many actions.

“Hope can never come from doing nothing.”

“Who’s left to rule if everyone’s in jail.” 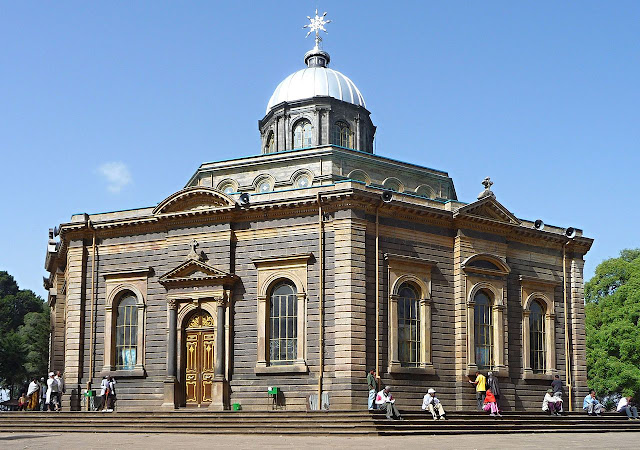 08:54 scene of Emperor being smothered to death

07:50 monument obelisk by hospital memorial to one man’s growing rage toward his people. Russian role described as a group that came to Ethiopia to help destroy it.

01:55 “A missing beat can fell a man.” in discussion on the role of the heart

15:44 Makonnen collects the bodies and guides them to angels, avenger of the weak...legend grows

01:17 in order for families to claim the bodies of their loved ones, they would have to pay the “bullet fee” --125 birr to pay for the cost of the bullet used to kill them

05:28 “Hailu had the appearance of a man dragging death with him through life.”
Written by JK3 around 7:59 PM