Poet of the Week from Libya: Ashur Etwebi (and one of my all-time favorites)

Poet of the Week from Libya: Ashur Etwebi (and one of my all-time favorites) 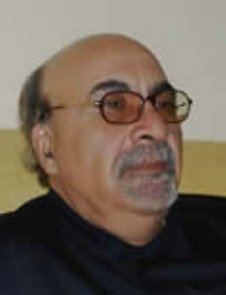 Ashur Etwebi was born in Tripoli, Libya in 1952.  He is a member of the League of Libyan Writers. His books include collections of his poems Balcony Poems (1993) and Your Friends Have Passed Through Here (2002), and the novel Dardanin (2001). His poems have appeared translated into English on Words Without Borders.
Want more Ashur?  After reading his poem below I sure did.  Check the end of this blog for links to more poems.

I recently wrote a paper on the Libyan revolution called A Coalition to What End.


Politics
Because the Africa woman sang and wept,
Darkness retreats trembling
Her voice burns bit by bit
The heart’s core.
From a spot in the dark
Daylight emerges.

I bring a soul close to me
And distance myself from the commandments
That have accompanied me since the first cell split.
Before me the city that refused me blazes,
It’s cold essence scandalized.
I gather my conscience around me
And with a pronounced slowness rearrange my dreams.

Here our things scattered,
Our laughs were defeated.
Here we were stunned by the colors of the seasons,
And their meekness betrayed us.
Here we rank the same as the mouse’s tail.

Translated from the Arabic by Khaled Mattawa.

http://iwp.uiowa.edu/writers/archive/2006works/Etwebi_ashur.pdf
7 pages of his poems here!  In particular, check out the first one entitled  “Writing  a Poem”.   Actually, it’s too good a poem to make you click somewhere to read it so here it is:

I wish to write a poem which begins like this:
A fountain stops exactly at noon,
and the shade gathers its limbs to sit under the tree,
leaning with its arm on the edge of the water,
parting its legs, so the fat cows can pass through to the green lands on the horizon.

And ends like this:
Under the chair,
their hands tremble,
and their eyes
follow
the night's butterflies.

Written by Unknown around 1:21 PM